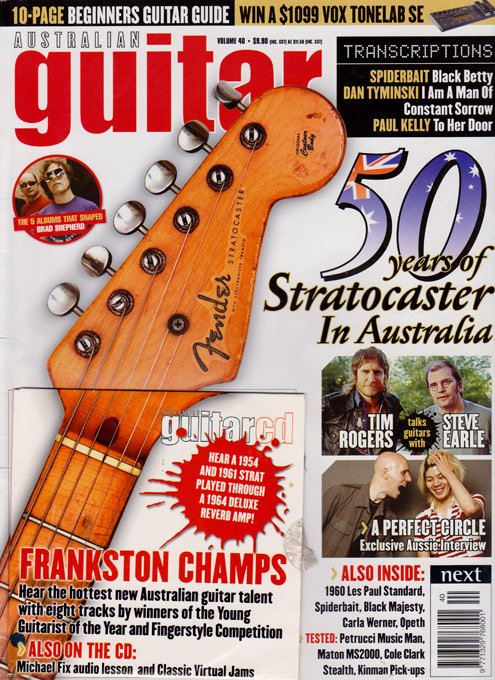 In 2004 the 0256 Strat was featured in the 50th Anniversary edition of Australian Guitar Magazine.

It’s time to don our party hats and twang a happy birthday in homage to perhaps the most famous guitar in the world – the Fender Stratocaster. In a special celebration Craig White rediscovers the magic era of when it all started with the band first through to play a Strat professionally in Australia – The Atlantics.

We are speaking this issue with The Atlantics, Australia’s most famous surf-rock band, as they recall their initial impressions of, and experiences with, the Fender Stratocaster. Surf music of the day was synonymous with the new-fangled instrument and The Atlantics decided early on that they needed to secure some Strats.

Click on the cover to read the full article [PDF 3.5MB].